It is with great pleasure that we talk about Daniela Palimariu, artist, Lago Film Fest supporter and friend. 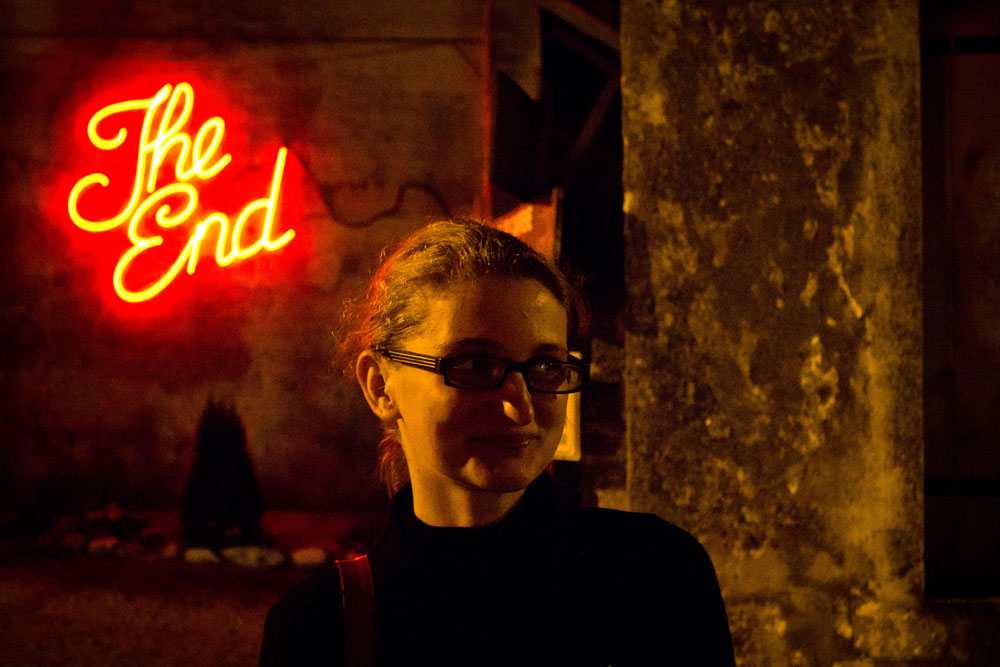 When she approached us to present the project “Cena in the Love Boat” she didn’t need to speak many words and during the performance she preferred to step aside (on our radio station, to be precise).

We don’t need many words either to talk about Daniela Palimariu, it takes just a look on her official website to have a grasp of her artistic path and for her project here at Lago Film Fest we are gonna let her words do the job.

about Dinner in The Love Boat

“I wanted to make Dinner in The Love Boat because it is easy for people to like you when you are giving them food. Also, people like things with Love in the title and they feel like something magic could happen because of it.

First, I built The Love Boat. It took forever, but it was done in 2 ½  days of hard work outside, in the sun. Everything was done by hand, with power tools. I wore goggles and sometimes gloves and felt proud to be using such dangerous machines in front of boys. I was happy the day we transported it to the first location: one half was taken on top of a car, and the other one was carried by 4 boys.

The guests had been given handwritten invitations and most of them were strangers to each other.

The first Dinner took place in a “bolta” leading to a “vicolo”, which is a really small square between houses.

* Fabio was too shy to enter the Boat,

* but luckily Viviana’s mother did, and filled the space with no problem.

I wasn’t at the performance. Clara and Giulia were my assistants and I showed up for dessert and had a glass of wine with everyone. Nobody had touched the milk. At some point, it all seemed complete chaos, bordel, casino, out of control, and not at all as I imagined, but, as I bravely stated at the radio that evening, “it’s ok, performance doesn’t have a script”. Inside, I was trembling.

There was a second dinner the next evening. I made a few changes, including location (much more private and intimate), I added flowers and figs. The soup looked like left-over soup, which I liked. There wasn’t enough food. The guests were more diverse, with two foreigners among them (the rest were Italians).  It all felt much calmer, like a math problem I had already resolved the night before and this was only the result.

I enjoyed creating intimacy, almost forcefully, for people I barely knew. Most of them were very brave; some criticized my cooking skills: “we are in Italy; you have to pay attention to taste”.

Some picture of the performance