Finché c’è Prosecco c’è speranza (Where there’s Prosecco, there’s hope) – The journal of this movie is a scrapbook that tells the story of its making through storyboards, sketches, travel notes and previously unseen photographs. Finché c’è prosecco c’è speranza is the debut film of Antonio Padovan, freely inspired by the book with the same title by Venetian author Fulvio Ervas. Padovan previously presented his animation short Il piccolo girasole che s’innamorò della luna (The Little Sunflower that Fell in Love with the Moon), produced by BigRock, at the the

2016 edition of Lago Film Fest. Finché c’è Prosecco c’è speranza is produced by K+, who have a special connection with Lago Film Fest. The film was in fact mostly shot around Revine Lago, Treviso, Venice and other locations in the Prosecco Valley. The cast features Giuseppe Battiston, Roberto Citran, Mirko Artuso, Teco Celio and Silvia D’Amico, who was part of the LFF jury panel in 2016 and will be the guest star and hostess of the 13th edition of the festival. 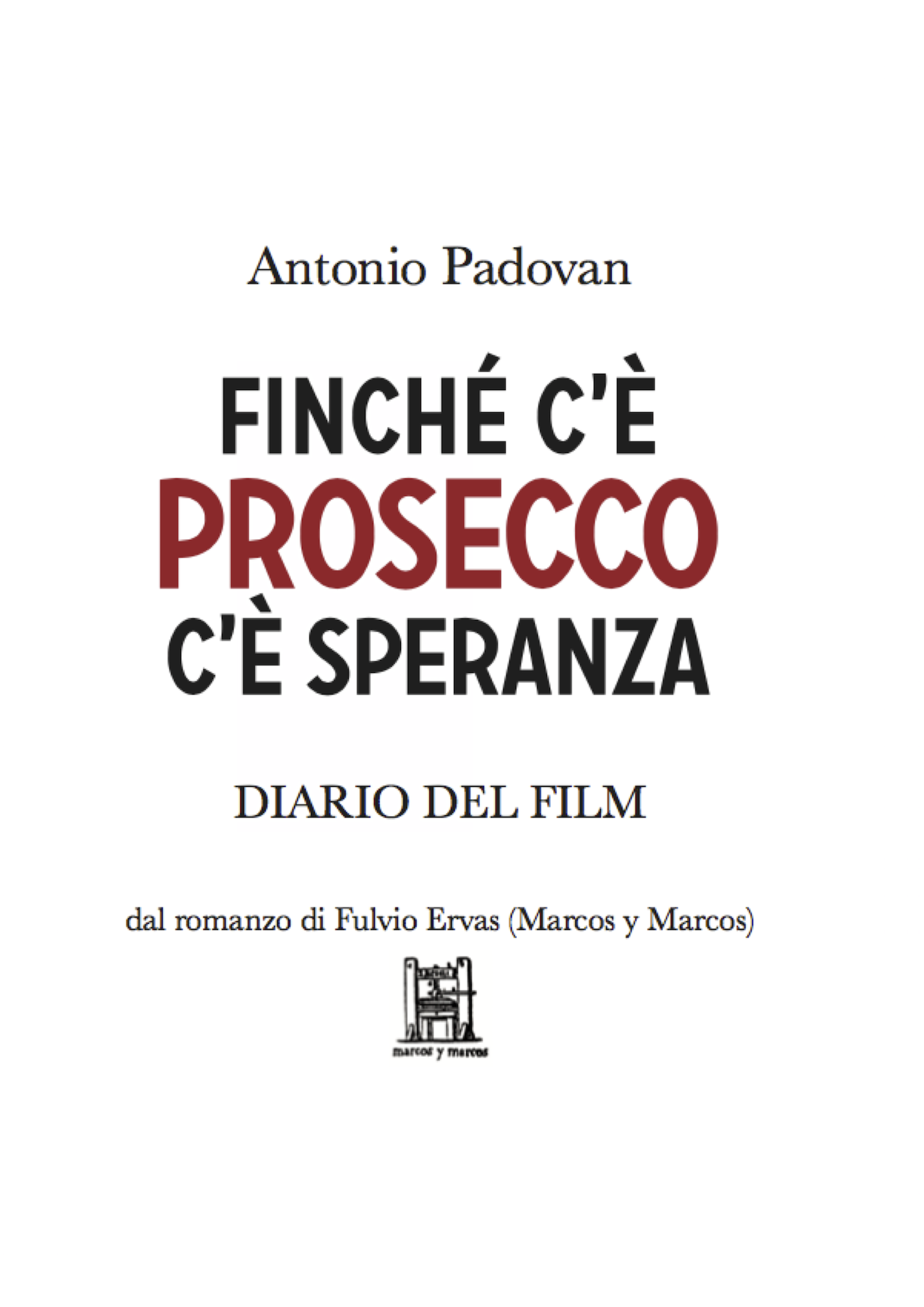