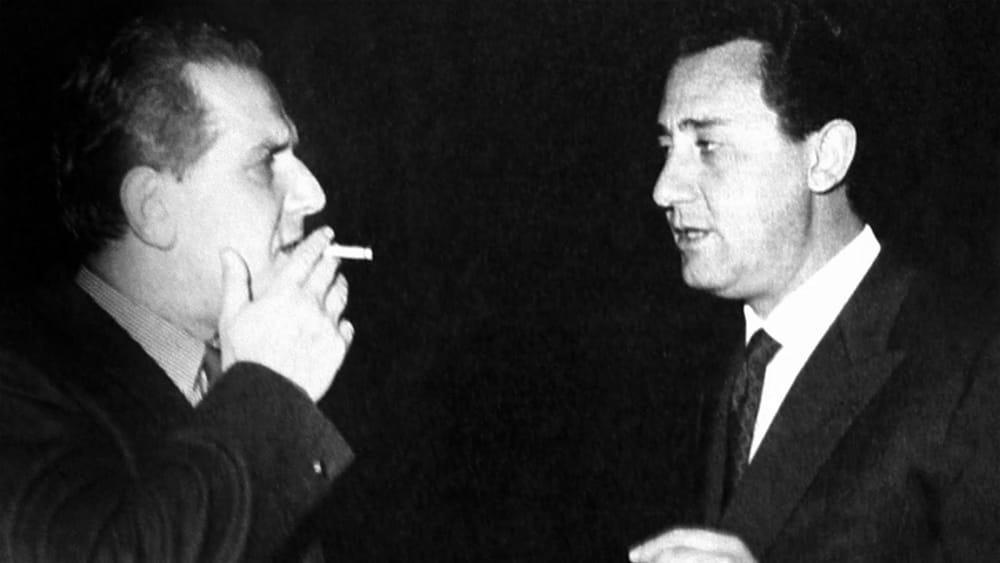 ELECTION DAY SHOW
by Lucilla Rogai
In the very near future, election day takes place all on the big screen. Millions of Italians participate live during the most followed TV show of the year and decide who will lead the nation government. Unless the System interferes and, worried about predictions, wants to blow up everything.

SERL – SERVIZIO PER LE LOGODIPENDENZE
by Luca Vassalini
In a society dominated by words, noise pollution and hyper-communicability, silence is a precious gift. Doctor Randone knows it very well and in this commercial he explains the exclusive advantages of his shock treatments, the pride of his clinic against the logo dependences.

BLIND LUCK
by Massimiliano D’Angelo
It all starts as a prank to the everybody’s fool, a classic pastime for a group of bored countrymen sitting in a bar. But this time, luck interferes and, helped by television, unleashes all of its fire power.

IL CAPOLAVORO PERDUTO
by Stefano Raspa
In the everlasting battle between the artwork and the artist, a 1984 engaging news story inspires a very current re-reading of the relationship between communication societies and creativity, between opportunities for improvement and old establishment logics.

LE STELLE CI GUARDANO
by Massimo Morlando
An astrologer, radio star, is able to precisely predict the future, for himself and for the others. His audience loves him, his editor adores him and his friends trust him completely. But, one day, a strange blow to his head causes him to give weird advices, creating panic around him.