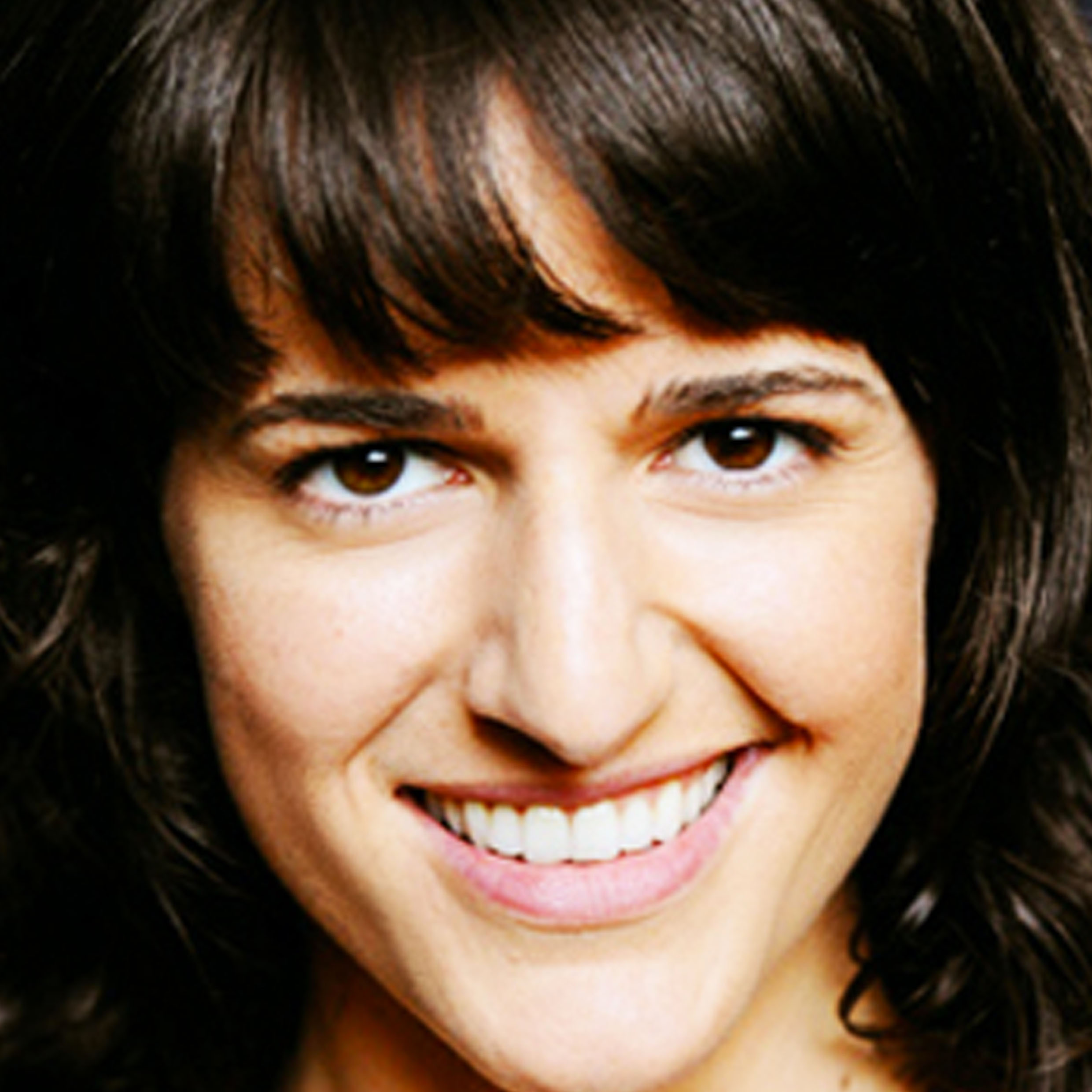 AEMILIA SCOTT
Is a writer and director living in Chicago and Los Angeles. Her most recent Film, “Best if used by”, won a BAFTA award at the Aspen ShortsFest in the USA and was an official selection of Clermont Ferrand, Seattle, Rhode Island, and Palm Springs International Film Festivals, among others. As an actor she has worked on “Chicago Fire” on CBS, and “Final Witness” on ABC. She writes for the Huffington Post. She graduated from Columbia University in New York with a degree in History. 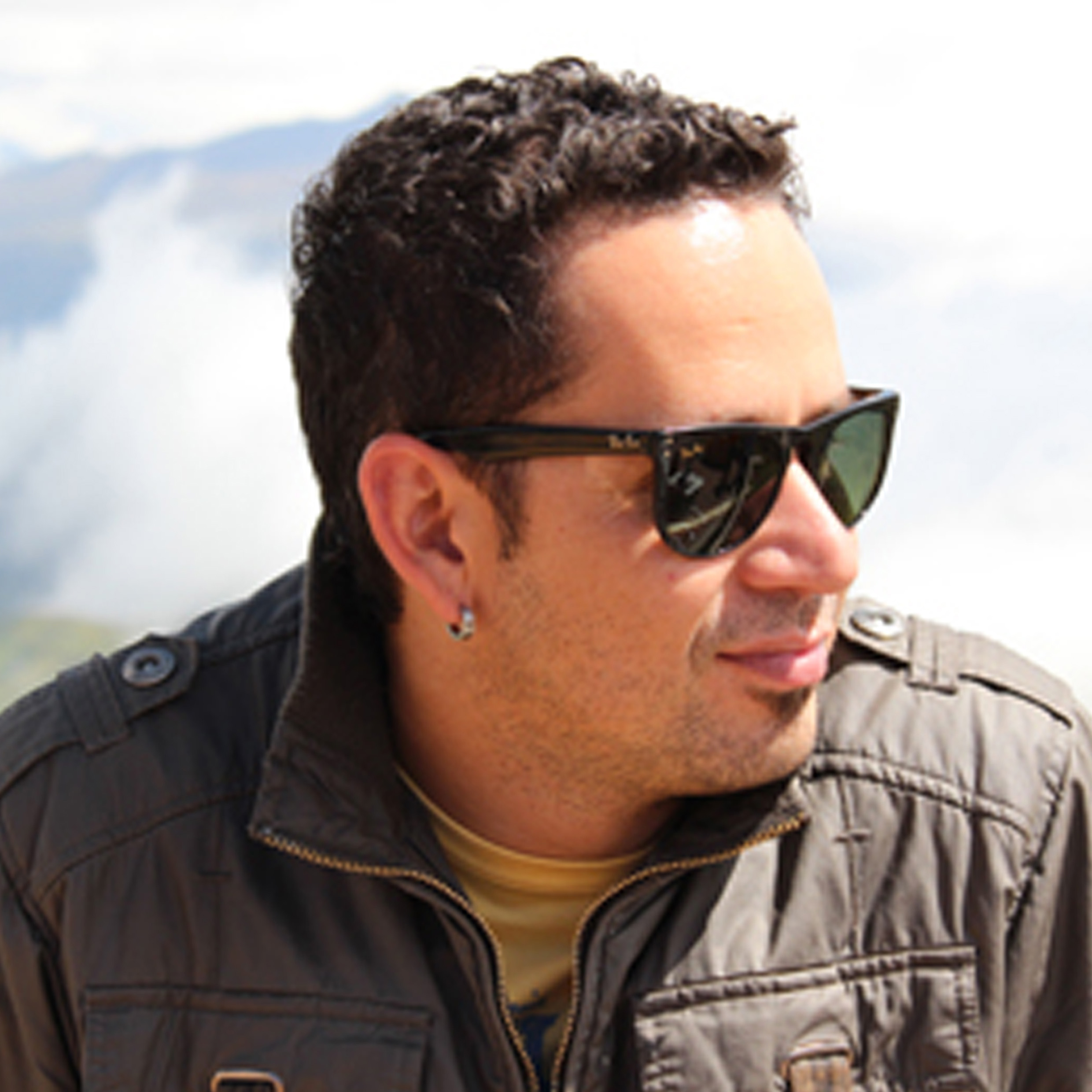 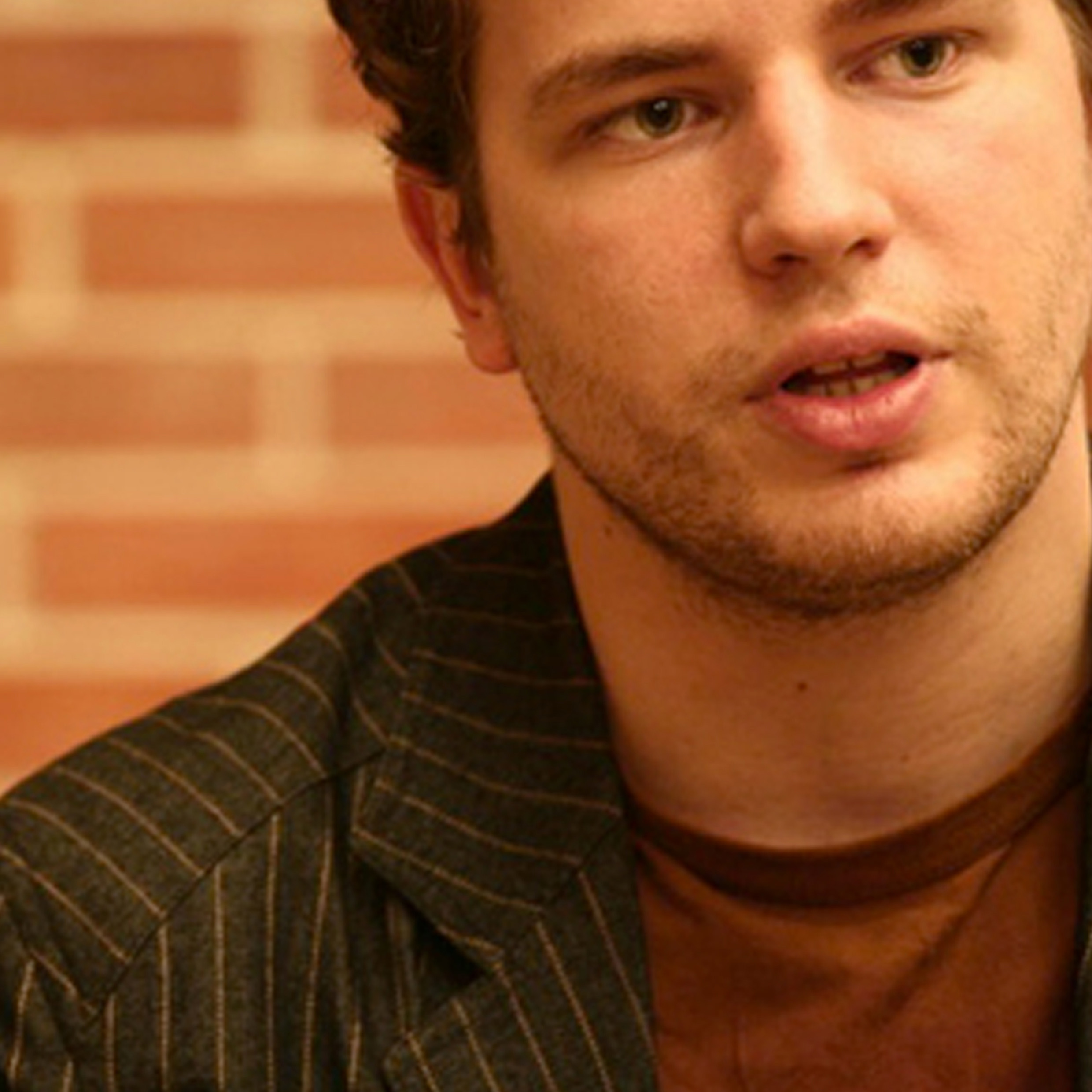 MATTHIEU DARRAS
Founder of NISI MASA, the European network of young cinema, Matthieu Darras ideated dozens of workshops related to short film scriptwriting and filmmaking. He was a regular member of Cannes Critics Week selection committee from 2005 to 2011 and assumed the artistic direction of the Alba Film Festival and the Bratislava Film Festival. Matthieu Darras has been working for the Torino Film Lab since its inception in 2008, currently as Head of Programmes. He is also delegate of the San Sebastian Film Festival, in charge of Eastern Europe, and scouts projects for the Jerusalem Film Lab. 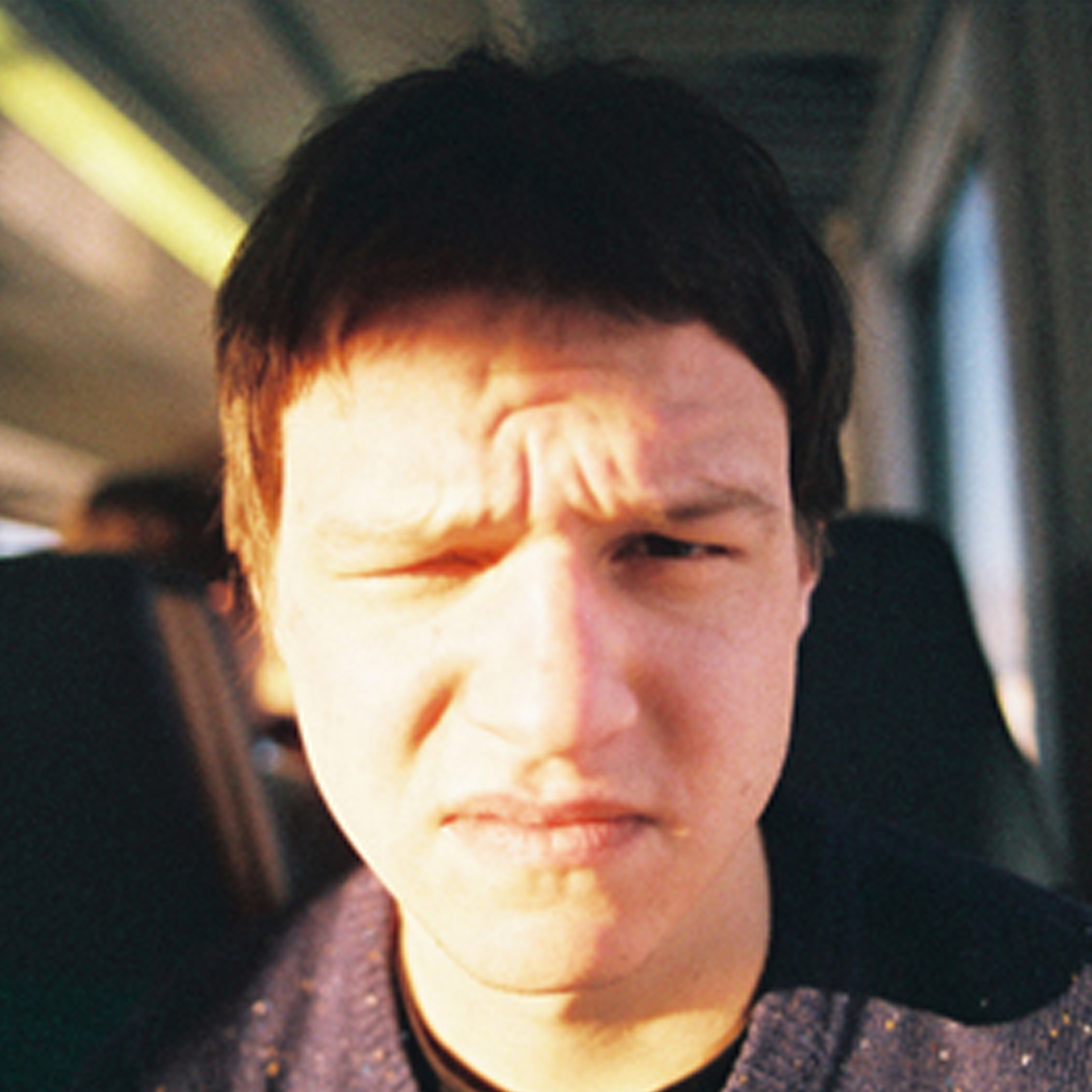 MICHAEL FREI
Director of animated films. He was born in 1987 in Appenzell. In 2002 he started his apprenticeship as a draftsman. Between 2008 and 2012 he attended Lucerne University of Applied Sciences and Arts where he studied animation. In 2010 he took part in a one-year exchange programme at the Estonian Academy of Art in Tallinn. His animated films include Not About Us, screened and awarded at festivals, and the latest Plug & Play. 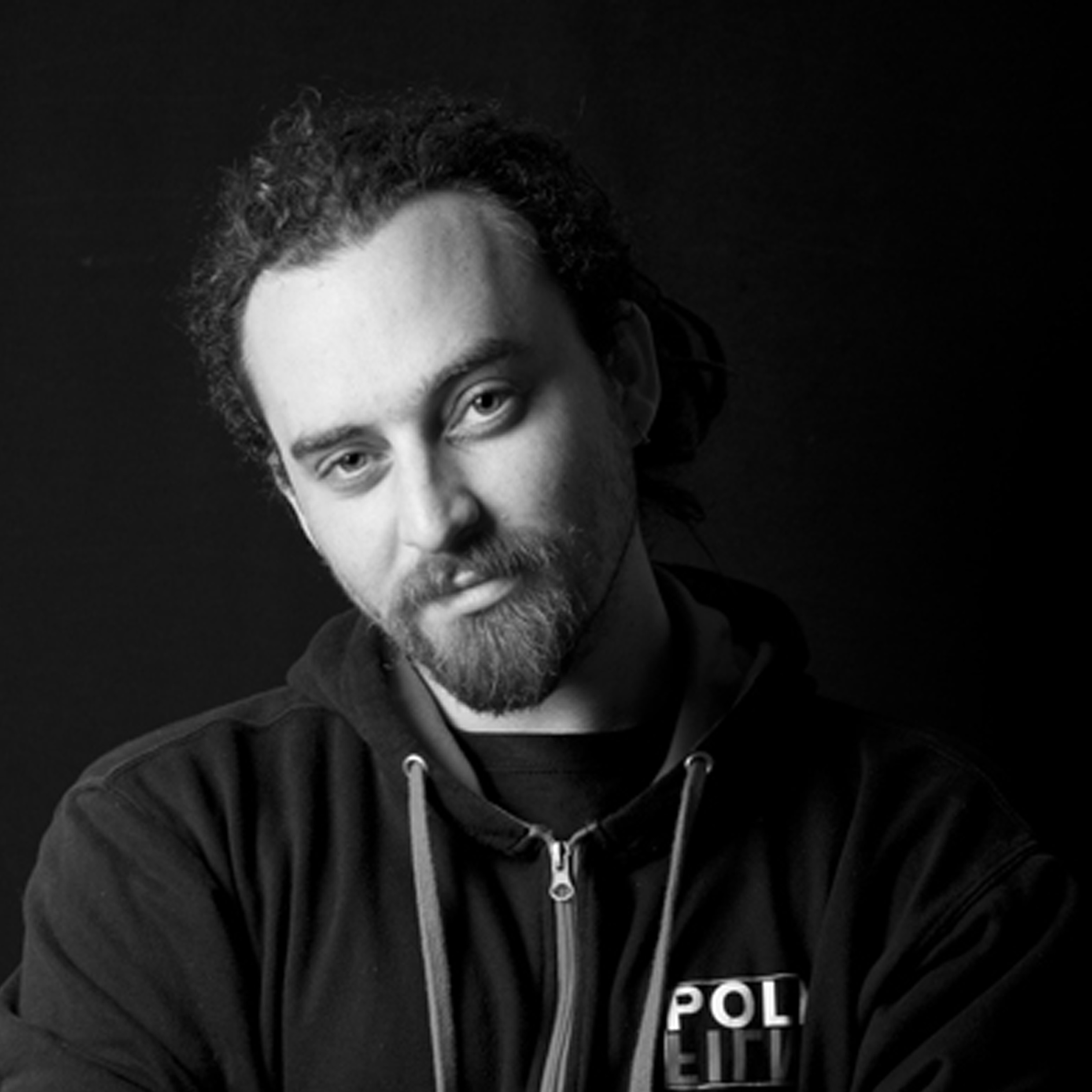 TOMÁS SHERIDAN
Is an award winning, UK-based documentary director who uses films to explore human relationships, social change and the place of individuals in the global society. He graduated from Edinburgh Napier University’s Film course in 2006; he has experience in most areas of film production and has applied his photography practice to develop skills in narrative through imagery. He focuses primarily on documentary with award-winning shorts such as “Archive of Dreams” (2008) and “Radiostan” (2010) and in 2011 completed “Babytrapped”, his first TV commission. His latest film, “Finding Josephine”, is a personal project in which he set off with his 6-year-old daughter to find the girl they have been sponsoring in Uganda for the past 2 years.

EMILIO BOLLES
He was born in Somma Lombardo, in the Province of Varese, in 1950. After university, he decided to follow the passion for cinema that dated back to his childhood. In 1976 he was in Rome, working as an assistant to Alberto Sironi, and in 1977 he met Mario Orfini, with whom he collaborated on “Porci con le ali”. After becoming Orfini’s associate, they produced films directed by Arbore (“Il Pap’occhio”, “F.F.s.s.”), the trilogy by De Crescenzo (“Così parlò Bellavista”, “Oi dialogoi”, “32 dicembre”), other films for theatrical release and television series. In 1986, together with Elda Ferri and Roberto Faenza, founded Hologram, a company developing software for cinematographic and television production. In 1987, with his production company, he carried out two films by Nino Bizzarri (“La seconda notte” and “Segno di fuoco”), and the first TV series (“Il commissario corso”, starring Diego Abatantuono) funded by the ECA (European Coproduction Association). In 1990 in London, together with Daniele Senatore e Jo Janni, founded JBS Vic Film, and developed two screenplays, “La Promessa” and “Five Years Sentence”, based respectively on Dürrenmatt’s novel “The Promise”, and Bernice Rubens’s homonymous book. Meanwhile, his friendship with Rodolfo Sonego evolved with the creation of two television scripts, “Guglielmo Marconi” and “Australia”, which were never produced. In 1994, he worked as a consultant for many companies, with which he produced, in 1996, “Jack Frusciante è uscito dal gruppo”, based on the novel by Brizzi. Afterwards he worked for various public institutions like RAI and the Presidency of the Council of Ministers. Since 2012, he has collaborated with the NUCT of Rome.

MANLIO PIVA
A liberal arts graduate, he has been a lecturer at DAMS in Padua since 2005 and has taught History of Italian Cinema at Boston University’s Italian seat. He also teaches Cinema and Electronic Media at Liceo della Comunicazione in Conegliano, he conceives and produces radio formats which he experiments with his students at a local radio. A passionate divulger of audiovisuals, he has collaborated with various formative agencies by publishing pamphlets, didactic proposals and, recently, a manual, “Il coccodrillo luminoso”, thanks also to the collaboration of Mediateca Cinemazero in Pordenone, to which Piva is a consultant.

RITA DI SANTO
Rita Di Santo was born in Rome, and she is a film critic and historian. Doctor in literature, she worked at La Sapienza University in Rome as an assistant professor, and she was co-director of the New Italian Cinema Film Festival in Rome (1997). Freelance reviewer for various national magazine and newspapers, she moved to London in 1999 and continued working as a film critic as correspondent for “Il Manifesto” as well as contributing to other magazines. She worked for the London Italian Cultural Institute as the art director of the Italian Short Film and Independent Cinema Festival, and started working as a freelance for the British press. She is a member of the U.K. Critics’ Circle, a member of the International Federation of Film Critics (FIPRESCI) and a member of the International Press Academy. Currently she is the Morning Star’s film critic, writing weekly reviews and reporting regularly from Berlin, Abu Dhabi, Turin, Cannes, and Venice film festivals. She is a contributing author of “Michael Winterbottom”, published by the National Turin Cinema Museum in 2009.

MARCO MACCAFERRI
Marco Maccaferri, director and producer of fiction, video-musical, and artistic feature and short films, all presented in festivals and cinematographic events. For television, a film and art director of fiction works and situation comedies, and director of advertisements, film conventions, industrial documentaries and television reports. He has directed the feature film “Giorgia”, the Mediaset TV fiction film “L’ombra del diavolo”, “Il giro del giorno in 80 mondi”, video portrait of Enrico Rava, the sitcoms “Don Luca” and “Il supermercato”, and the fiction film “Affari di famiglia”, for the Televisione Svizzera Italiana. He is the art director of the soap opera “Vivere”. He is a director of the soap opera “Centovetrine”, and producer of the feature films “Come dire”, directed by G. Fumagalli, and “Gentili signore”, by A. Monti.