Zachari Logan evolves a visual language that explores the intersections between masculinity, identity, memory and place 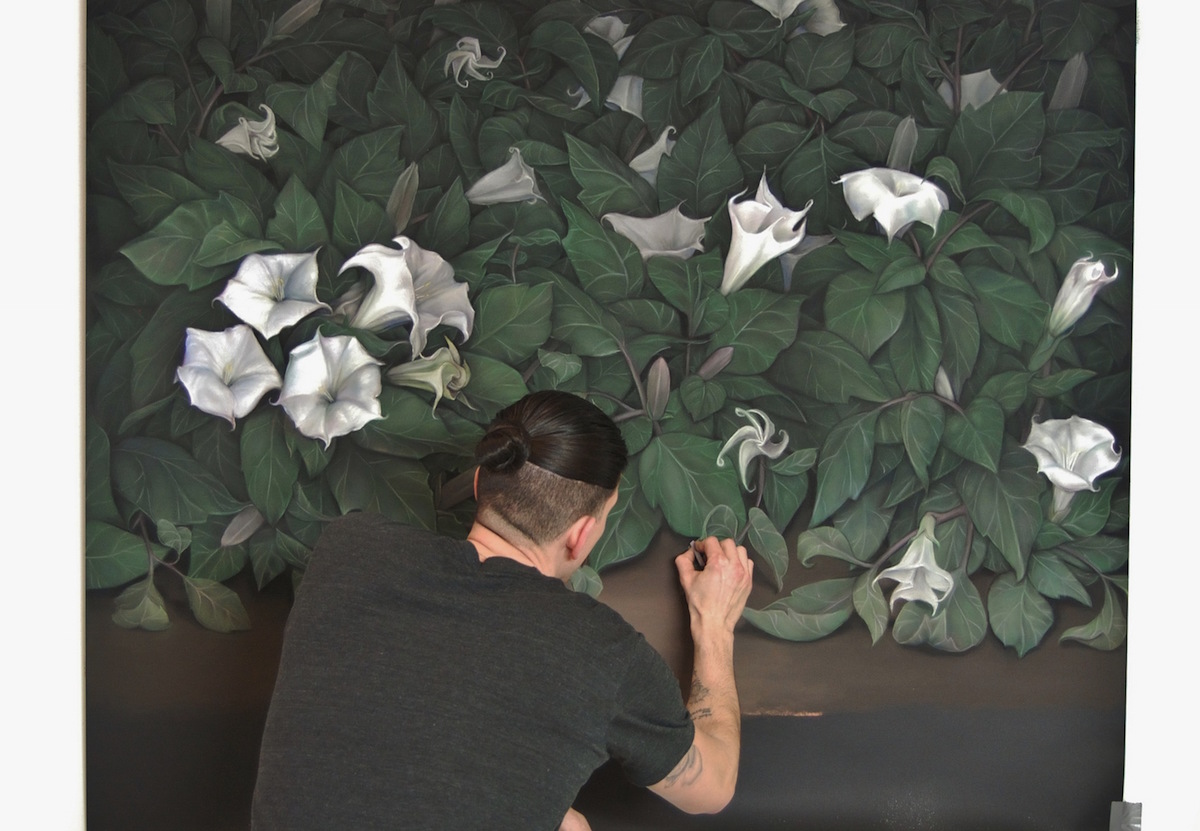 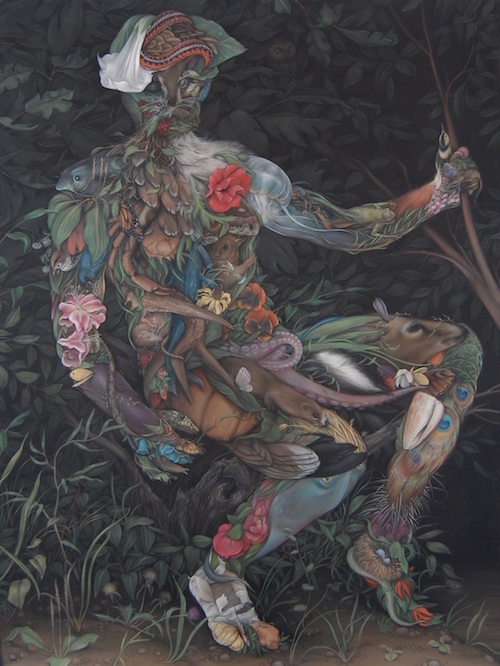 Zachari Logan is a prodigy of the visual trait who has been known to the West for some time now. Aside from Canada, his native country, he has exhibited work in the USA, Asia and the main European cities, with Huffington Post’s John Seed including his Pink Man among the 10 Memorable Paintings of 2015. Zachari mills, as if in a grinder, echoes of Caravaggio, Arcimboldo and Bernini alongside elements from pop culture: his drawings in blue pencil remind us of the patterns on fine china, his attention to detail and the human body led him to an apprenticeship in a tattoo parlour. Zachari narrates the liberation of the I from social constrictions and the emergency of a savage body, of nature in its queer

incarnation. A phantom identity – just to quote one of those thinkers so in vogue amidst snobbish Parisiennes – that embodies what we lose when we access the regime of sexual difference: libido as the purest life instinct, irrepressible and indestructible. Already six years ago, gallery owner Giovanni Monzon invited Zachari to partake in his research project for young artists for Isolo17, an experimental space in Verona that aims to subvert the only law of the region (the cult of revenue). Thanks to him, the wild man comes to Lago, and Lago hands him a house to invade: leaving libido and nature at the door just won’t do.

Zachari Logan is a Canadian artist from the province of Saskatchewan, currently living in Regina. Logan works mainly in drawing, ceramics and installation practices, and has been exhibited widely, in solo and group exhibitions throughout North America, Europe and Asia. Logan’s work can be found in both private and public collections in Canada and internationally, and his work has been written about and featured in publications worldwide. Logan is professor of drawing and painting at the University of Regina. As an extension of his studio practice, Logan has attended many residencies in Canada and internationally, in Calgary at the Alberta College of Art and Design (ACAD), in Vienna through Schleifmühlgasse 12-14 and the MQ21: Artist in Residence program, in Vienna’s MuseumsQuartier, in NYC at the International Studio and Curatorial Program (ISCP) in Brooklyn, as well as artist in residence at Wave Hill Botanical Gardens in the Bronx. Logan has also completed self-directed residency projects in Paris, London, rural-British Columbia and rural-Tennessee. 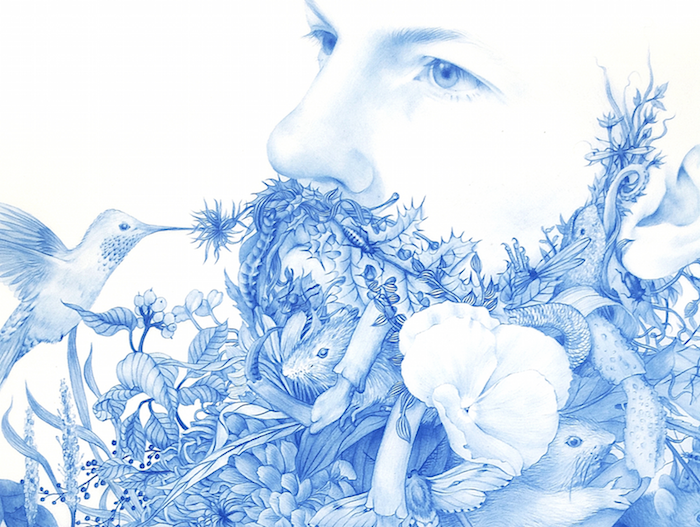